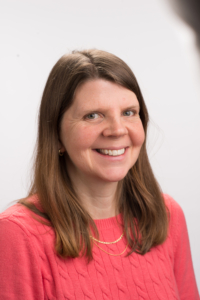 Abstract: In many applications of autonomy in robotics, guarantees that constraints are satisfied throughout the learning process are paramount. We present a controller synthesis technique based on the computation of reachable sets, using optimal control and game theory.  Then, we present methods for combining reachability with learning-based methods, to enable performance improvement while maintaining safety and to move towards safe robot control with learned models of the dynamics and the environment. We will illustrate these “safe learning” methods on robotic platforms at Berkeley, including demonstrations of motion planning around people, and navigating in a priori unknown environments.

Bio: Claire Tomlin is the Charles A. Desoer Professor and Chair of Electrical Engineering and Computer Sciences at the University of California at Berkeley. Claire received her BASc in EE from the University of Waterloo in 1992, her M.Sc. in EE from Imperial College, London, in 1993, and her PhD in EECS from Berkeley in 1998.  She held the positions of Assistant, Associate, and Full Professor at Stanford from 1998-2007, and in 2005 joined Berkeley.  Claire works in hybrid systems and control, and integrates machine learning methods with control theoretic methods in the field of safe learning.  She works in the applications of air traffic and unmanned air vehicle systems.  Claire is a MacArthur Foundation Fellow, an IEEE Fellow, and an AIMBE Fellow.  She was awarded the Donald P. Eckman Award of the American Automatic Control Council in 2003, an Honorary Doctorate from KTH in 2016, and in 2017 she won the IEEE Transportation Technologies Award.  In 2019, she was elected to the National Academy of Engineering and the American Academy of Arts and Sciences.