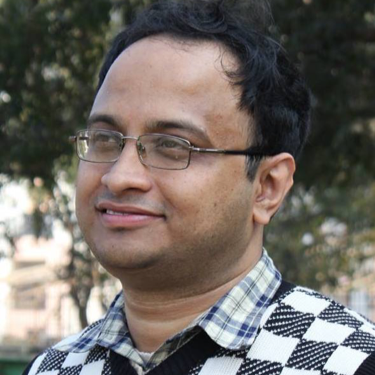 Abstract: The lecture would provide an overview on fault attacks on modern cryptosystems. We shall start with some classical fault based cryptanalysis of the Advanced Encryption Standard (AES), called Differential Fault Analysis (DFA). Later we discuss another class of fault attacks, called Differential. Fault Intensity Attacks (DFIA), and show how fault bias can be utilized to break redundancy based countermeasures based on classical fault tolerance. In the later part of the talk, we present an overview on some of the advanced fault attack techniques, namely Statistical Ineffective Fault Attacks (SIFA), and Fault Template Attacks (FTA). We also aim to discuss on suitable techniques to thwart these menacing classes of physical attacks. The tutorial would be accompanied with small demonstrations to elucidate the concepts presented.

Bio: Prof. Debdeep Mukhopadhyay is currently a Professor at the Department of CSE, IIT Kharagpur. At IIT Kharagpur he initiated Secured Embedded Architecture Laboratory (SEAL), focusing on Hardware-Security. He had worked as, visiting scientist at K U Leuven-Belgium, NTU-Singapore, visiting Associate Professor of NYU-Shanghai, Assistant Professor at IIT Madras, and Visiting Researcher at NYU-Tandon School of Engineering, USA. He holds a Ph.D, M.S., and a B.Tech from IIT Kharagpur. His research interests are on the topics of Cryptographic Engineering and Hardware Security. Recently he is intrigued by adversarial attacks on machine learning and encrypted computations.

Prof. Mukhopadhyay is the recipient of the prestigious Shanti Swarup Bhatnagar Award 2021 for Science and Technology (highest science honor in India below the age of 45)
and is a Fellow of the Indian National Academy of Engineers. He was awarded Khosla National Award from IIT Roorkee 2021, DST Swarnajayanti Fellowship 2015-16, INSA Young
Scientist award, INAE Young Engineer award, and Associateship for the Indian Academy of Sciences.