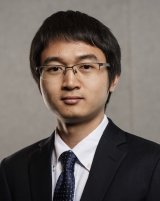 Abstract: The past decade has witnessed the proliferation of various intelligent applications, such as augmented reality and autonomous driving, powered by modern AI technologies. Meanwhile, these applications, while being computation intensive, introduce new requirements including ultra-low latency and ultra-high reliability. Such a trend has incentivized a paradigm shift from centralized cloud computing to more distributed computing at the network edge. In this lecture we will talk about edge computing systems for AI-based applications. We will focus on a representative AI task called video stream analytics and perform a case study of how to design an efficient edge computing system to support reliable, real-time video analytics. We will also briefly cover advanced topics like edge-centric programming and resource management for achieving the goal of general-purpose edge computing.

Bio:  Lin Wang is an Assistant Professor in the Computer Systems section at VU Amsterdam, The Netherlands. Before he joined VU Amsterdam, he was an Athene Young Investigator of TU Darmstadt. He obtained his PhD in Computer Science from Institute of Computing Technology, Chinese Academy of Sciences and held positions in IMDEA Networks Institute, Spain, and SnT Luxembourg. He is principal investigator of the DFG Collaborative Research Center MAKI. He is generally interested in distributed systems and networking and his current research is focused on programming models and resource management for modern networked systems including edge AI systems, in-network computing, and cyber-physical systems.